As We Wonder Update 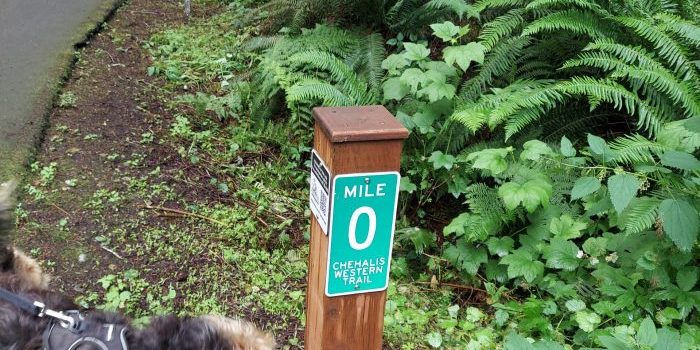 It’s probably time for an update.

So far, our loyal followers have been told that Bev plans on hiking the Pacific Crest Trail in March, with the dogs and I following her, resupplying her off-trail, a journey which will take about five months.

You all know that after the hike is completed, the plan is for both of us to bike, or in some other way, travel across the United States, shaking hands, seeing small-town America.

But so much will happen before all of that.

Looking for a van

Right now, it is time to purchase a Ford Transit Connect van.  That is the vehicle which will take me, and the dogs, along the Pacific Crest Trail journey.  It is perfect for one person to sleep in, plus two dogs, or course, a mini-camping van if you will.  I want to purchase it in the next few weeks, and then I plan on spending a couple months outfitting it, getting it ready to live in on the road. I will need to build a sleeping platform, a cabinet, load it up with necessities, because living on the road, inexpensively, requires some imagination and creativity.

Yes, we already have a trailer, but we decided to rent that out instead of use it ourselves.

While that is happening

And, we have to get this house rented, and that means empty it of our possessions, moving those possessions into the garage and trailer, where we will live until March.

I plan on taking one of the dogs with me, and going on a month-long shakedown camping trip to break in the van and work some of the kinks out.  Why December? Bev retires on December 20th, so she can take care of one of the dogs, and take care of the house, while I’m gone.

Where will Maggie and I go on this trip? I have no idea, but since it will be late December/January, I suspect we will be heading south, California or Arizona would be my guess.

So, that’s where we are as of right now.

For those who are supporting us on Patreon, thank you so very much.  If anyone else is interested in financially-supporting our efforts to produce quality, positive content, you can do so by going to www.patreon.com/aswewonder.

And, for those of you who support us by watching our videos and reading our articles, you have our sincere thanks.

Lil Sis, she comes home every day and says she is so done with her job. And the thing is, this is the job she has dreamed of, and she has responsibilities and she is respected there…but she is just done!

I bet Bev cannot *wait* until that retirement date. I mean…I often feel that “life” interferes with my job. There are so many things to do and sometimes I’m like, “but I don’t have *time* to work” hahaha. It’s going to be fun to see all your adventures!

Thank you Irish! I’m tired of talking about it. I want to get out there on the road and get started. 🙂 Hugs to you, my friend, and please tell the Mickster I said howdy.

Very well, thanks, bill. Busy with family and garden, just enjoying the sunshine but looking forward to much-needed rain! Schools all back soon so I shall be busy with grandchildren again – lovely!
Ann

I will try my best, Linda! Now is no time to get injured and delay things indefinitely. Thank you for caring, my friend.

Liz, I so appreciate you following along. Thanks from the bottom of my heart.

Snowballing indeed, Ann! I just have to remind myself to take a deep breath and relax. Just get through the preparations sane, and the rest of it will be easy. 🙂 Thanks so much for following along, my friend. I hope this finds you well.

Sounds like things are coming along apace! I’m amazed at the speed of your preparations and I admire your determination, both of you. The way I read it, it seems that the initial momentum is snowballing into much planning and activity. I feel exhausted just reading it!
Well done again, for having the guts to follow your dreams.
Onwards and upwards, eh?
Ann

Thanks for the update. You have so much going on, I am in awe of your adventurous spirits.

Wow, Bill. Just WOW! My head is spinning just reading this. All I ask is stay safe dear friend.

Ruth, I don’t plan on dying in front of the television. 🙂 Thanks for being here.

WoW! You two and your canine companions have quite adventurous spirits! Enjoy the journey.