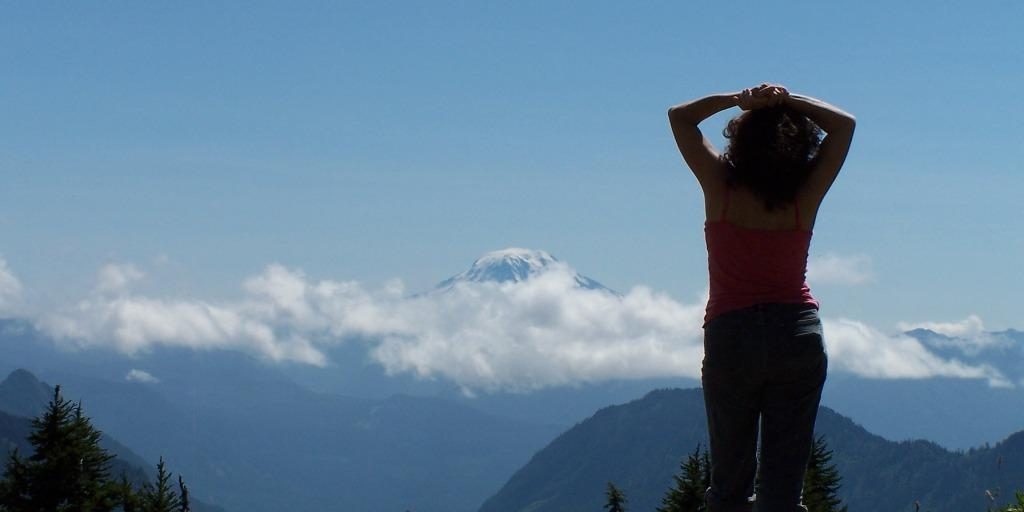 Our old friend Webster’s defines wanderlust “as strong longing for, or impulse toward, wandering.”

Most of my current friends do not know this about me, but that perfectly described me . . . describes me . . . will describe me . . . you choose the verb tense and it will fit.

Where the hell is home?

It is dizzying, trying to count the number of houses I have lived in since I left my childhood home in Tacoma.  I lost track at twenty, and one of those I lived in for eight years. The others were fly-bys, like taking a jet over the U.S., states a blur underneath, indistinguishable from each other.  During my first marriage, a union which lasted twelve years, we owned six homes and lived in eleven.  None of those moves were forced.  Each was a product of an itch, a nagging desire to keep moving, keep looking for the greener on the other side of that fence, and that one, and that one over there.

What job is this?

I am blown away, literally smacked across the head, by those who have worked for a company for thirty years.  It doesn’t even register in my brain how you do that.  I taught school in four states.  Lived in five.  I’ve been a teacher, a truck driver, a warehouseman, a lumberyard clerk, and I’ve worked a variety of retail jobs. I’ve owned three businesses.  During fifty years of employment, I’ve stayed at one job, the longest on my resume, for twelve years.

I fully understood the value of staying with one company for a prolonged period of time; it’s just that I didn’t care what the ramifications of quitting would be.  The economics of it all bored me to tears, and still does.

Wanderlust When I was younger

Want to go on a road trip? Call Bill. He’s always ready to travel.  I’ve driven the length of this country four times. I’ve worn out a path along I-5 to Los Angeles and San Diego.  Twice I quit jobs to take a road trip.  I have always felt “one with my car,” my preferred way of travel, just me, the open road, and whatever radio station I could find late at night.

So, it should come as no surprise that I am planning what I’m planning.

I had an online friend ask me the other day, and I’m paraphrasing: “What the hell is the matter with you and your wife? Why don’t you just settle down and enjoy a happy retirement like the rest of us?”  And I had to laugh, because her question was perfectly logical for millions of people to ask; it just wasn’t logical when matched with my personality.

In five months, my wife will be solo-hiking the Pacific Crest Trail, and me and our two dogs will be following her, waiting at trail towns, to resupply her as needed.  That journey will take about five months.  After that, we are planning a cross-country bike tour, and that journey will most likely take up the better part of a year, possibly more.  None of the obstacles and difficulties associated with doing those things matter in the least to me. I am beyond excited. In fact, I have not been this excited in decades.

But Bill?  You are seventy-three!  Wouldn’t a comfortable recliner make more sense?

For me, no!  I have the wonders of life to see, thank you very much.

I have the wanderlust bug, and I’m pretty confident, at this stage in my life, that I will always have it

And ain’t that cool?

Would you like to help us? Go to www.patreon.com/aswewonder and become a patron and an AWW Team member.

It’s one hell of a journey you and I have been on, Lil Sis. It would drive most people crazy, but for us, it seems normal and necessary . . . and I love it! Change has never concerned me. I end up embracing it, and I’m itchin’ to get going again. March of next year, and then we will be gone for the better part of two years, and I can hardly wait. Maybe it has something to do with being adopted? All I know is I am restless, and I want to live an intentional life and not one dictated by the economy or someone else. 🙂 Thanks my dear friend, for believing in me and the Patreon support. You are a gem!

Saw this over on FB and came over to comment. I so resonate with this: we all have to find what matches our personality. I’ve lived in quite a few houses over the years (though the one we’re at is tied with the longest I have lived somewhere: 7 years). But more than that, I simply cannot work for anyone else anymore. I never last more than two years in a job when I work there full time. It is just so stifling. I’ve been at the same school doing digital marketing since 2013 but it’s been a very varied journey: I started out teaching Spanish, then moved into admin full time for 6 months. Quit and ran an after school program for 2 years. When the grant ended after that second year, I was glad: I was already tired of it. Went back to the school part time doing digital marketing. Quit during covid (they were likely going to have to cut my pay by 50% and I didn’t want to wait around in the even that it did) and worked for a sound therapy company full time for a year, then went to part time and finally quit that. Back at the school again, but just one day a week now. All the while, all I’ve wanted to do is be creative. Maybe I’ll have a happier balance now. To the outsider, this looks like I’m all over the place. But for me, every experience taught me something valuable. Now that I’m working one day a week for the school and doing art, I am back again to not making much money and I’m working much harder than if I were working for someone else, but it’s glorious. I get to choose how to run things and be as creative as I want to be. I might not be able to go out to eat for awhile but eh…I love being home with my honey, my dog and cats, and doing the things I love. We will travel again soon once our cats are finished with their treatments.