The Flapping of a Butterfly’s Wings 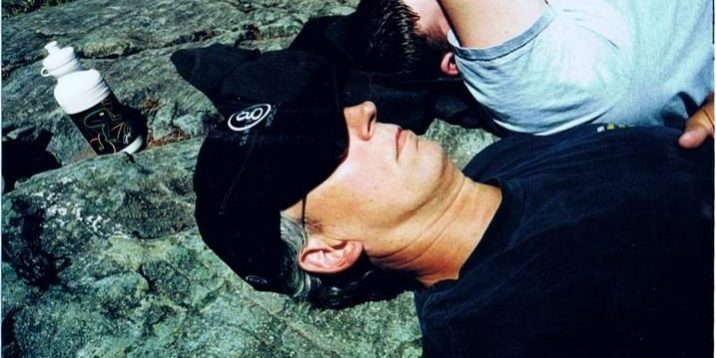 Questions without answers, perhaps, of which there are many, for each of us, leaving, at times, a sour taste, like sucking on a lemon, expecting a strawberry, puckered up top to bottom.

I’m a big fan of the butterfly effect, sign me up, card-carrying member, remarkable, if you take the time to think about it, a butterfly flaps its wings in Bolivia and two months later a candle is extinguished by a gust of wind in Olympia, that sort of thing, don’t get hung up on the particulars, don’t get all literal on me, I think you know of which I speak.

But, take it beyond those two months. Take it in reverse, in that way one can do using a thing called perspective.  Hurry up, now, while you’re still young enough to remember clearly, take it back forty, fifty, ,sixty years, the millions of events, the millions of butterfly flaps, the millions of random gusts of wind, whispers of easily-forgettable happenstances, all leading onward, through the weeks and months and years to now, to this place, at this time, forging a path we are unaware of, and yet a path followed with GPS accuracy.

I have a theory!  I’ve always been unassuming, call it a defense mechanism if you must, blend into the background, crawl as deep as possible into the woodwork, don’t make a wave, don’t raise a voice, pat me on the head, toss some chocolate my way, and I’ll slide through life, unnoticed by the crowds, unnoticed by the singulars, unnoticed by the man with a scythe.  To put it another way, with a fine spin to it, I think Old Man Death has failed to notice I’m even taking up space on this spinning orb of eight billion inhabitants, passed me by, if you prefer, and it’s taking him some time to catch up, replay the past decade or two, and notice I’m still slithering on the outskirts of civilized society.

And that bothers me!

No, not that I haven’t died. That would be a bit morbid, you know, but go back a few sentences, you’ll find what I’m getting to, the fact that I have led a reasonably quiet, don’t rock the boat, un-newsworthy, almost completely lacking in the wow factor, existence.

Yes, that bothers me.

I tried early on, I really did, and here’s where I’m going to cut myself a bit of slack although, in truth, it’s still excuse-making of the highest level, but life got in the way. I had plans, Holy Shit plans, early on, we’re talking about after graduation from college, tour the world sort of plans, knock down the walls of the journalism world, all of that, make a name for myself, a name known far and near.  And I was going to experience, hold-onto-your-seats experience, edge-of-control experience, skydiving and piloting and skiing and, and, and . . .

But life got in the way, the excuse appears again, for it’s easy to blame the lack of follow-through on a father’s death and marriages and parenthood and financial encumbrances, but the pure bottom line is this: if it was important to me, if I truly wanted it, I would have found a way to make it happen.  I wasn’t crippled. I wasn’t slowed by any physical ailments at all. I was educated, I was smart as a whip, thank you very much, likeable, not buried by debt, not buried by anything closely resembling a halt-all-dreams roadblock . . . and yet I did nothing about those dreams.

I slid through life.

A man living his life of quiet desperation, thank you Henry David Thoreau, you old scallywag you.

What happened to the man I once knew?

Quite frankly, and it hurts to say this, but truth is an elixir which is sometimes bitter, and my truth to this question is this: I took the easy way out!

Let’s return to that Butterfly Effect mentioned earlier.  Literally hundreds of times I took the easy path when decisions faced me, and those choices had ramifications, cause and effect, baby, no getting around it, what comes around goes around, you know, and taking easy paths decades ago has delivered me to today, filled with what-ifs, running out of time, and needing to rectify it all while air still pumps in and out of this old vessel.

That man was silly at one time, almost goofy, in truth.

That man was impetuous at one time, willing to drop anything for an adventure.

That man was in love with nature and all it encompassed, and not just green, mowed grass with cookie-cutter flowerbeds.

I see that man now, in the mirror, a feint outline, hard to distinguish unless you know what to look for, almost ethereal.

The time for change has arrived.

Thanks to my wife, Bev, for the wake-up call, for I shudder to think what the future would have been like if she had not decided to follow her dream, to hike from the Mexican border to the Canadian border, thus showing me the way, breaking down my walls, alerting me to the fact that this old man ain’t dead yet, that excuses are like assholes, thank you very much, everyone has them, and if I’m ever going to find that man of yesteryear, the time is now!

Yes, I am still standing, the only one left in the family of my birth, the once-blind kid, given every opportunity to succeed, has finally found the guts to toss all the trappings away and live one, last, holy hell experience, selling the house, selling the car, giving it all away, to live in a bus, to see the country, to meet the people, and, if I’m lucky, if I am the recipient of just one more finely-aimed butterfly wing flap, I will find myself, the man of yesteryear, somewhere along this future path.

Stay tuned for updates, as a man of quiet desperation says screw it and takes aim at the unknown!

The American Dream: Been There, Done That, and I’m So Over It
November 22, 2022
0 0 votes
Article Rating
Subscribe
Login
0 Comments
Inline Feedbacks
View all comments
Recent Posts
Gallery