There Ain’t No “Tired” In Retirement 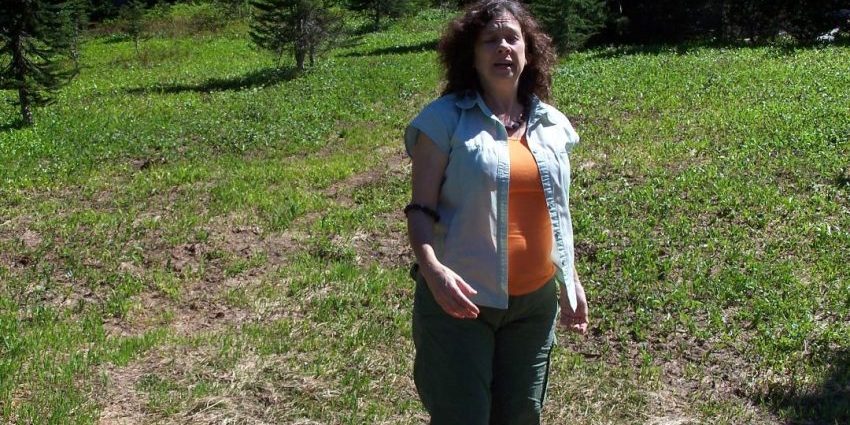 Pretty clever, right? Tired in retirement? Do you see what I did there with that play on words?  Who says the old man has lost all of his game?

And, my wife, my partner in crime, Bev, is sixty-two, no doubt about it with her birth certificate as proof, but I swear, the woman can’t be a day over thirty with the energy she displays on a daily basis.

Now, before I go any further, please allow me to make a disclaimer: I am fully aware that there are many people who are simply not capable to doing what I am going to suggest doing in this article.  There are many who suffer from heart disease, or arthritis, or some other chronic illness, and I am terribly sorry for you if you are among that group.  But, for the rest of you, those of you dipping your toes into your fifties, your sixties, seventies and beyond, with no real physical obstacles other than tight muscles and sore ligaments, well, this one’s for you!

This one is about the wonders of life awaiting us all.

The genesis of this article

I was watching an ad on television the other day for a new show which just debuted . . . The Real Housewives of Dubai . . . and I sat in stunned silence as I watched the trailer for that show.  It was so far removed from my reality, from my life, as to seem alien in nature.  And I wondered, honest to God, how anyone could sit, transfixed, and watch it for thirty minutes or an hour?  Mind you, I’m not making judgements when I ask that question. I simply don’t understand how it can be called entertainment.

I think not!  The Real Housewives of Dubai will not improve my quality of life one iota.

My dad was beat down, physically exhausted, by the time of his death at fifty.  My mother basically put on the breaks, after my dad’s death, and did very little other than watch television until she died at eighty.  My grandparents were the same way, old before their time, and evidently satisfied with the accelerated aging because I saw no effort, on their part, to change their lifestyles.

Again, no judgements, but seeing those things, at a young age, had a profound effect on me.

I’m not afraid of dying, but I am afraid of not living, and that right there is the reason why Bev and I are making so many plans for travel adventures usually reserved for people much younger.  We are simply trying to squeeze as much living as possible out of the years we have remaining.

Do my muscles hurt as I pound them into shape? You bet they do. It would be easy to call it quits with the yoga and exercises, but I won’t allow that to happen, because I have places to go to, people to talk to, and amazing sites to witness.

Everyone has their own pace

But, The Real Housewives of Dubai?

Some might call you a cheap date, Zulma. 🙂 I’m the same way. The simple things please me greatly; no need for window-dressing for this boy.

My oldest daughter loves these types of shows and for the life of me, I just don’t get it. To each their own, I suppose.

Your lifestyle I find so much more entertaining. I take pleasure in reading, playing video games, family time and crafting. I guess I’m easily pleased. lol

Irish, you were one of my inspirations, whether you know it or not. I was so impressed with your great move several years ago, and I’ve never forgotten that. I have kept it in the back of my mind, always reminding me that if I want more I need to go out and get it. So thank you, dear friend.

You are very sweet, Sue. Thank you for rescuing me from the spam folder. It is appreciated. I am so busy lately trying to get this project off the ground, and manage the new website and YouTube channel, that I fear I have lost touch with some of my online bloggers and friends. Please accept my apologies for that. I will try to be better in the future.

Blessings to you always, and hugs and love coming your way.

I feel what you are both doing is commendable Bill… We are as old as we feel and I too am very grateful for the energy both my hubby and I hold at the ages we are, still able to do our huge allotment plot as well as home garden..
Keeping fit means keeping active.. And I like you could not bare to sit and watch day time TV or any kind of those so called ‘Reality’ Shows of how the other half DO not live.. They are often just so extreme its unbelievable and painful to watch.. I have only caught glimpses and switched channels lol….

Sorry I keep missing you updates, for some reason my email keeps throwing all of your updates in my junk folder…. despite me rescuing you.. And I do not use my WP email often..

Much better as you say Bill in watching your dogs at play or taking them a walk.. or working your way through some muscle stretching Yoga exercises..

Kudos to Bev and to you Bill…. Now to look at your YouTube and maybe I will have more luck in keeping updated there LOL…

Much love to you both
Sue x 🙂

Totally agree with your mindset Bill 100%. We are all a long time dead when that happens so we should all pack as much as as we can into living our lifeand that’s different for everyone. We uped sticks to a non english speaking country where we knew no-one and only had words in Italian.5 yrs on we have not stopped and it was the best decision EVER!
, nb ù

And I hope, Liz, you remain active and healthy for many more years. Thanks for always being here.

I agree with you. I have never watched the programme nor have I any interest in doing so. Many of our friends are retiring or retired. Retirement is about being active for as long as possible it seems these days.

Marlene, I would have never pegged you as a fan of the Real Housewives. Still, you came around eventually, so my respect for you is not shaken in the least. LOL Thanks as always, my friend.

I’m not going to lie, I used to watch all the “Housewives of…” shows. But now, I don’t watch TV anymore. Thank you for the confirmation that I’m not missing out on anything.